Getting different views through  comments like the one below is oneof the reasons I keep birdtablenews going.
In reply to an article  I wrote about sparrowhawks Thomas replied –
(If you want to read the article CLICK HERE)

I don’t think you can ever blame natural predators for doing what they do naturally. Songbird numbers have declined because of changes in our farming and living practices (lack of food and nest sites) and probably due to ever increasing numbers of cat ownership (there is stong evidence cat predation takes millions of songbirds each year), none of these are natural controls in this country.

Its always a very easy route to blame a natural predator, because then we don’t have to make changes to our lives. Many natural wild predators do not have predators themselves, but the fact of the matter is that what keeps them in check is numbers of its prey items. If a predator out eats its food source, it will then either starve or just breed less and then its food source should recover.

Thank you getting in touch and writing this.  In a lot of ways I do agree with you.  Yet I still think that the RSPB are too much ‘on the side of’ birds of prey.  Not necessarily sparrowhawks, but birds of prey in general.

I agree with you about the lack of food and nest sites. That is why I am putting together a bird friendly plant list.

I have  a category about cats – cats kill birds.  I don’t understand how cat owners can let this happen.

Yes sparrowhawks and thrushes may have existed alongside each other before we were around, BUT the thrushes would not have had to put up with domestic cats, lack of food and nest sites that are making reducing their numbers today.

Thanks once again.  As I said at the beginning getting different views and getting comments like this is one reason I keep birdtablenews going.  Cheers.  Trisha 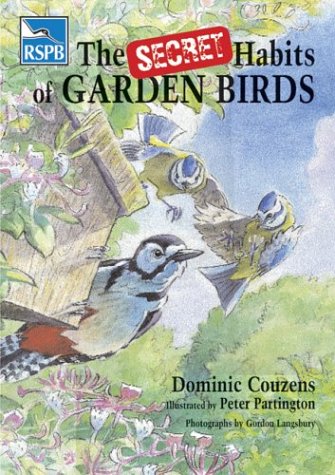 THE SECRET LIVES OF GARDEN BIRDS

Alchemy - When sunbeams warm the sleeping Earth, and blackbird sings for all he's worth to welcome Spring, proclaim the birth Of beauty, hope and joy and mirth. When gold adorns bright shrub and tree, and buttercups grow wild and free, spreading far as eye can see.... that's Alchemey enough for me.